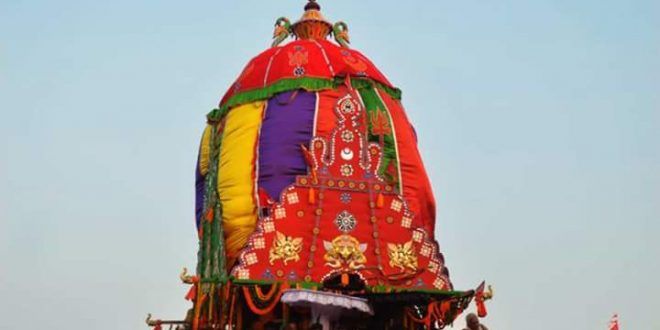 Bhubaneswar: Pulling of Rukuna Rath of Lord Lingaraj was stopped for Saturday after chariot rope snapped thrice triggering resentment among lakhs of devotees.

It will be pulled again from 2 pm on Sunday to reach the Mausima temple.

Devotees from all over the state and outside were in town today to celebrate Rukuna Rath yatra.

After the rituals, bronze images of three deities – Chandrasekhar (the representative of Lord Lingaraj), Rukmini and Basudeva – were installed on the chariot parked outside the world famous Shiva shrine.

Preparations for the annual Rath Yatra had begun on Saturday with Neta Uchhaba (flag ceremony) when the chariot was ceremonially purified by the priests and a flag was fixed atop the chariot.

Adequate security arrangements were made to control the crowd.