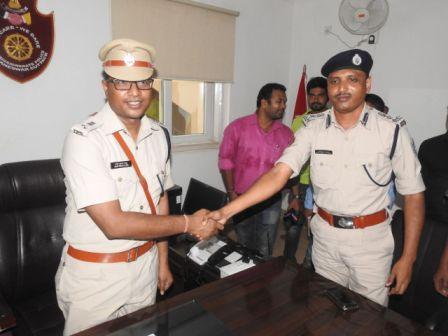 Sahu replaced Satyabrata Bhoi, who has been promoted to the rank of Deputy Inspector General (DIG) recently.

Sahu was earlier posted as the Bhadrak district Superintendent of Police (SP).

After taking charge as the DCP, Sahu said that crime control, traffic and security of VVIPs would be his prime challenges.

“Crime control, traffic and security of VVIPs will be the prime challenges. Tackling of cybercrime, women safety will be given priority,” said Sahu.

Though he was appointed as Bhubaneswar DCP earlier this month, the state government asked him to serve as the SP of communal-charged Bhadrak till the Ram Navami festival gets over.