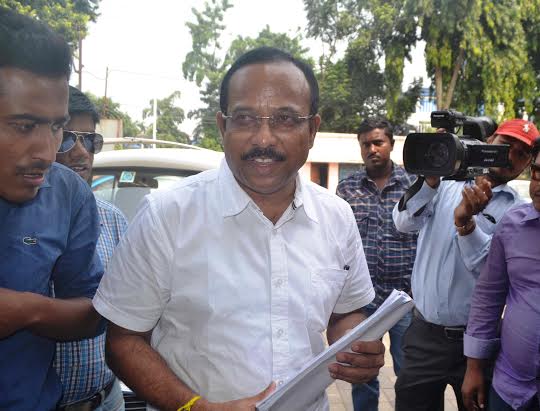 Bhubaneswar: The Supreme Court on Monday asked Biju Janata Dal (BJD) Lok Sabha member Ramchandra Hansda, who is languishing in jail for his alleged involvement in the chit fund scam, knock the door of Orissa High Court (HC) for bail.

The apex court also directed the HC to hear the case within four weeks.

Earlier, Hansda’s bail plea had been rejected by the Supreme Court in April 2016 when he wanted to attend a session of the Parliament.

Going by law, a Lok Sabha seat is declared vacant if the member fails to attend House once in 60 consecutive days.

Earlier, the Special CBI Court and Orissa HC had rejected the bail petition of BJD MP in connection with the Nabadiganta Capital Services chit fund scam.

It may be noted that Hansda, a BJD MP from Mayubhanj, was arrested in connection with Nabadiganta chit fund scam by CBI in 2014. He is lodged at Jharpada Special Jail here.