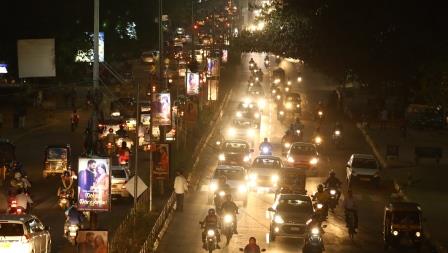 Bhubaneswar: Good news for better and efficient parking management across the city as the Bhubaneswar Development Authority (BDA) has made a detailed plan to develop four new multi-level car parking (MLCPs) at different locations.

BDA has already submitted a proposal to the General Administration Department for alienation of the land in favour of Housing and Urban Development Department so that the development authority could go ahead in executing the project.

It can be noted here that considering the pressure on the parking-related matters and increasing on-street parking jeopardising the vehicular movements on the major roads, work of two MLCPs are already in progress at Saheed Nagar and Unit II (Rajmahal) respectively, under the Bhubaneswar Smart City Limited (BSCL).

The proposed four MLCPs are with a design to have double basement-upper and lower basement and ground floor parking as well. Likewise, the first, second and third floors will also have parking for vehicles.

This would, ultimately mean that the fourth, fifth and sixth floors of all the four new MLCPs will have commercial space so that at least 60 per cent cost towards developing the facilities would be recovered.

The four proposed MLCPs will have 450 ECS (equivalent car space) per acre of space, so they will have a different number of ECS as per the available size of the land.

ECS is the land required to park a car and is approximately 23 square metre, which includes the space occupied by the vehicle as well as the minimum space needed to move it into and out of the space. While for a car one ECS is 1, for two-wheeler it is 0.2 and for a bicycle, it is 0.1.

The four MLCPs will be uniquely designed with beautiful facades, energy efficient structures and environment-friendly buildings. All will be developed through the engineering procurement and construction (EPC) mode.

Through this form of contracting arrangement, the EPC contractor is made responsible for all the activities from design, procurement, construction, to commissioning and handover of the project to the end-user or owner.

However, in case the EPC contractor’s design and other construction activities, every proposal has to be okayed by a high-level committee of BDA.