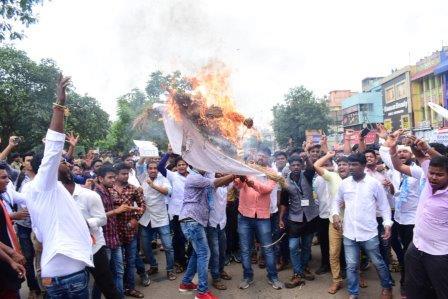 Bhubaneswar: Members of Students Congress accompanied by DMLT and DMRT students scuffled with police while they were on their way to gherao Naveen Niwas demanding jobs.

Following the clash with police near Raj Mahal square here, several members of National Students Union of India (NSUI), the students’ wing of Congress, have been detained.