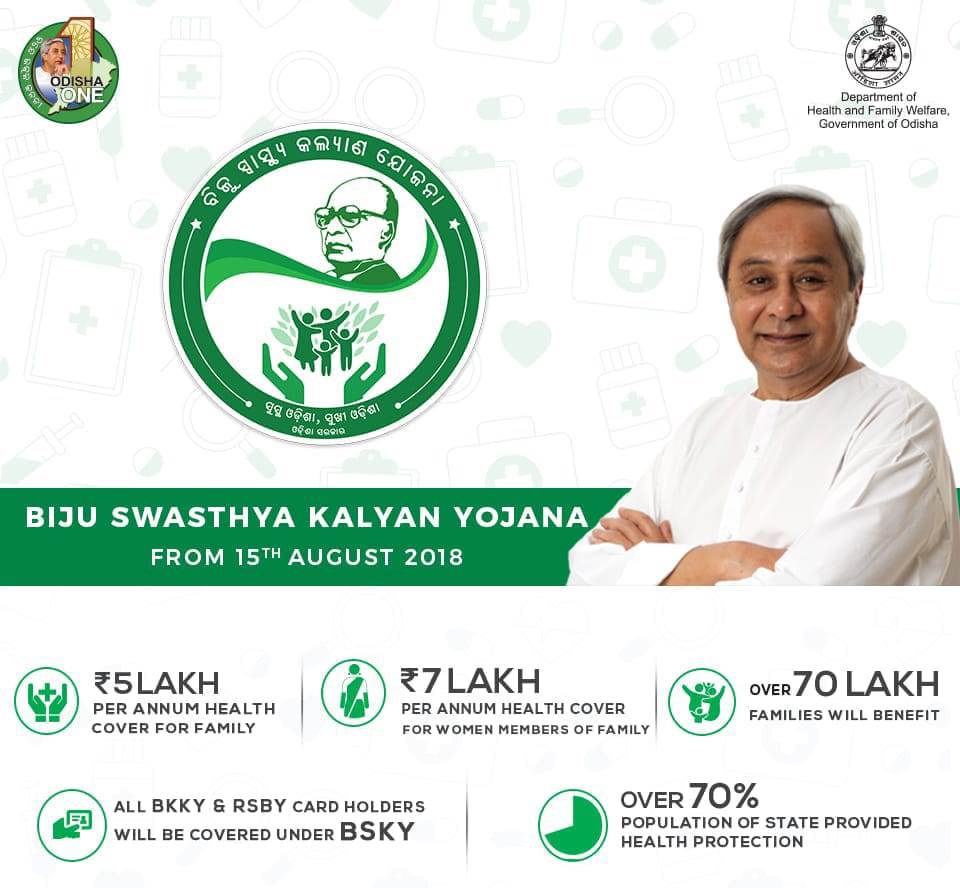 The Chief Minister launched the universal health coverage at the Capital Hospital here.

More than 70 lakh families in the state will be benefited with this scheme. Beneficiaries under this scheme will get the medical assistance of Rs 5 lakh while women will get additional Rs 2lakh benefit.

Tha Chief Minister also inaugurated the help desk and released the logo of the scheme. He also distributed cards of Biju Swasthya Kalyan Yojana to beneficiaries.

Launching the scheme, he described BSKY as a historic initiative and said it will have a catalytic impact on the state’s health scenario.

“The health assurance scheme will benefit more than 70% of our population. In addition, the states entire population will be covered under free health services,” he added.