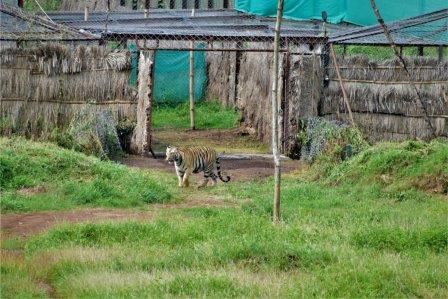 Bhubaneswar: Bandhavgarh Tigress ‘Sundari’ was on Friday released into Satkosia Tiger Reserve from a special enclosure in Odisha.

The 27-month-old tigress was translocated from the Bandhavgarh tiger reserve in Madhya Pradesh’s Umaria district on June 28.

The Odisha government has planned to bring six tigers from Madhya Pradesh and release them into the Satakosia tiger reserve.

The move is to increase the tiger population in the tiger reserve.