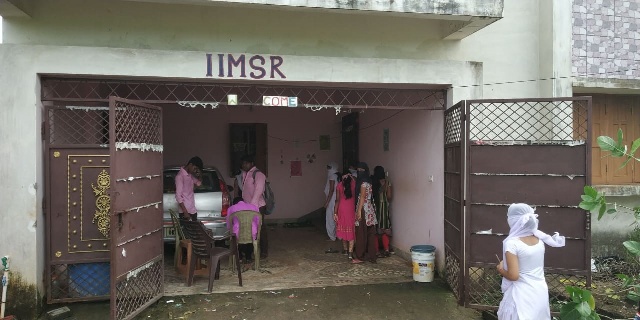 Bhubaneswar: The Commissionerate Police on Sunday arrested the director of a private paramedical institute in Bhubaneswar on charges of sexually harassing students.

The arrested person has been identified as Kodanda Dhara Sahu (35), Director of Indira Institute of Medical Science & Research (IIMSR).

As many as 16 students of the institute pursuing Diploma in Medical Laboratory Technology (DMLT) had on Saturday lodged complaint with Khandagiri police alleging that they were harassed, abused and threatened by Sahu.

The students also alleged that while the institute had not been granted government affiliation, the authorities charged Rs 18,000 towards admission fee and a monthly hostel fee of Rs 2500 from each student.

The accused had set up a private nursing college-Indira Institute of Medical Science and Research at Bharatpur under Khandagiri police limits.