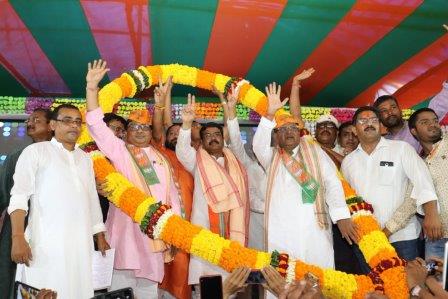 Panda joined the BJP at a ‘Mishrana Parva’ held at Simulia in Odisha’s Balasore district in the presence of Union Petroleum Minister Dharmendra Pradhan and state BJP president Basant Panda.

On October 7, Padmalochan, a three-time Congress MLA, had resigned from the primary membership of the Congress saying ‘there is no future of the grand old party in Odisha’.

Panda was the Minister of State for Fisheries and Animal Resources Development and Panchayatiraj departments from February 22, 1999, to March 5, 2000, during the Congress regime in the state.