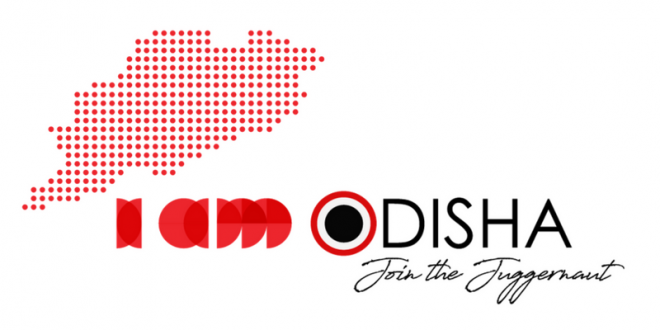 I am Odisha campaign received remarkable response across world

Bhubaneswar: In line with the theme of Make in Odisha Conclave 2018, the “I am Odisha” campaign launched by Chief Minister Naveen Patnaik has received an overwhelming response from people of the state.

The CM launched the campaign during the roadshow in Mumbai on August 08.

#IamOdisha is a tribute to the forces contributing to create a conducive business ecosystem. It told the stories of entrepreneurship, innovation, and drive while inspiring people to showcase their own.

This is a campaign that celebrates people from the state by highlighting stories that have contributed to the state’s success.

Odias across the world were urged to submit their stories or of those around them and select entries will be felicitated in the Make in Odisha Conclave in November 2018.

The stories submitted were from the areas of entrepreneurship and innovation outlining the impact the idea or venture has had on the lives of people. The campaign was run on social media for a period of 10 weeks from August 01st to 15th October. As a result, the campaign received over 2 million impressions and over 5 lakh engagement on social media.

The cut-off date for receiving the entries was 15th October by when the campaign had received hundreds of entries from Odias across the globe. Of these, the best entries were published on the campaign’s website.

Commenting on the response, Industries secretary Sanjeev Chopra said, “We are happy to note the extraordinary response to the campaign and thank all the people who have submitted their stories. In the past, the State’s strength’s and achievements were not known widely outside its boundaries. This campaign celebrated the achievements and successes of Odisha and helped enhance awareness about the State.”

#IamOdisha will conclude in a grand finale at the Make in Odisha Conclave 2018, the flagship biennial investors’ summit to showcase Odisha’s strengths as an investment destination and the myriad business opportunities for investors wherein the most outstanding individual achievers shall be felicitated by the  Chief Minister as the “Pride of Odisha”.