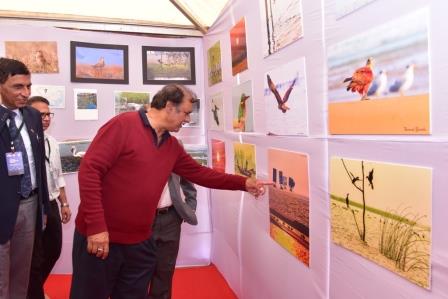 Bhubaneswar: The 2nd National Chilika Bird Festival kick started at Mangalajodi, Chilika with the aim to promote ecotourism and preservation of birds in Odisha.

The event began with the commencement speech by Tourism secretary Vishal Dev.

“We are glad to have everyone here at the festival. We want to promote and raise awareness about Chilika being the largest repository of migratory birds in Asia. Our focus is to make Odisha as one of the hotspots for ecotourism. We plan to make this event bigger and better in future,” said Dev.

Forest and Environment secretary Suresh Mohapatra said, “We are extremely happy to have participants from all over the country. This year, we have around one million migratory birds present in Chilika. We are recognising the efforts by the locals in preserving Chilika Lake and want to empower them by helping them with livelihood in form of sustainable tourism. Every participant of the Chilika National Bird Festival is an ambassador for this place and we hope the message spreads.”

Around 145 bird watchers from all over India were in attendance for the event.

Andrew Sebastian, co-founder of Asian Birds Fair, was the first technical speaker who enlightened the audience about the importance of preserving birds and praised the government for organising the festival.

The National Chilika Bird Festival Award was given to Mangalajodi Ecotourism Group for their active involvement in bird protection. This year Chilika received record number of birds footfall as a result of removal of illegal gheries from the lake by the Forest department.

The event is being co-organised by Odisha Tourism, Forest and Environment Department and Chilika Development Authority.