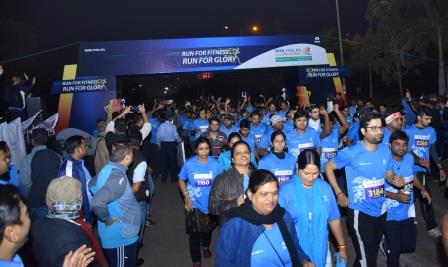 Bhubaneswar: The first edition of the Tata Steel BSL Run-a-thon was a grand success with participation of around 3000 running enthusiasts from across the state.

It was organised on Sunday near the main gate of Tata Steel BSL (formerly Bhushan Steel Limited) plant at Narendrapur in Dhenkanal district in Odisha.

Organised with an aim to promote fitness, god health and a sportive spirit in the region, the run covered a distance of 10km starting from the plant gate and moving on the service road by the side of the NH-55 and returning by the same route, finally terminating at the origin.

This was followed by the 5km run for girls and boys between 12 to 16 years of age. Twenty winners, 5 from each of the categories, were awarded cash prize worth Rs 3 lakh, certificates and trophies.

To ensure the safety and comfort of all runners, Tata Steel BSL organised ambulances and water counters along the route. The local administration and police personnel played a significant role in traffic management.