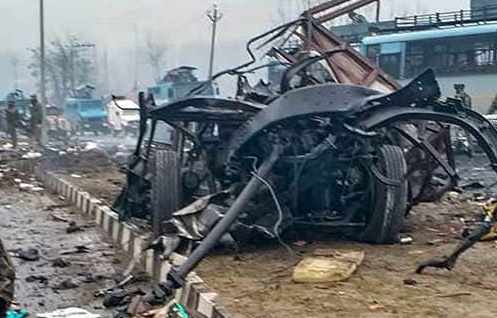 
Bhubaneswar: At least two Odia jawans have also attained the martyrdom in the worst-ever terror attack in Jammu and Kashmir that killed 43 troopers and left many others critically injured.

The slain jawans have been identified as Prasanna Kumar Sahu of 61 Battalions of the Central Reserve Police Force (CRPF) and a resident of Shikhar village under Naugaon police limits in Jagatsinghpur district and Manoj Kumar Behera of Ratanpur in Niali of Cuttack district.