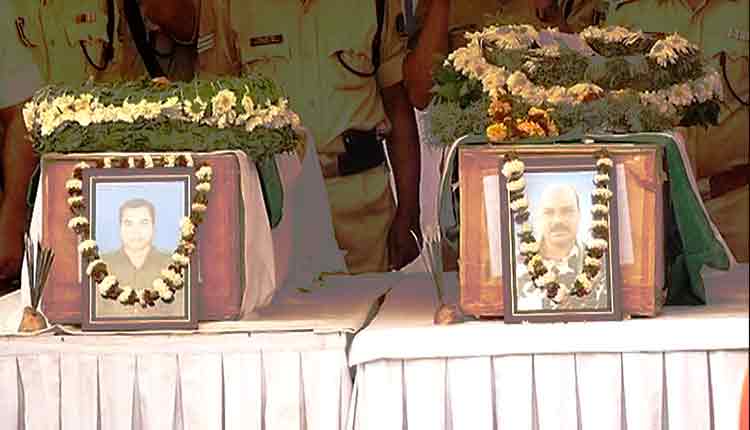 Bhubaneswar: The bodies of two Central Reserve Police Force (CRPF) jawans, who were martyred in terror attack in Jammu and Kashmir’s Pulwama district, were given a guard of honour here on Saturday.

The mortal remains will be consigned to flames with full state honour at their respective villages on Saturday.

Prasanna Sahu of Parisikhar village under Naugan block in Jagatsinghpur district and Manoj Kumar Behera of Ratanpur village of Niali block in Cuttack district were among 40 CRPF personnel, who were killed in the terror attack.

The schools across Odisha on Saturday observed a two-minute silent prayer for the CRPF jawans martyred in the terrorist attack.

Both the students and teachers observed the silent prayer to pay homage to the bravehearts.

Chief Minister Naveen Patnaik enhanced ex gratia from Rs 10 lakh to Rs 25 lakh each to the family of the martyred Odisha jawans.

Besides, the Odisha government will bear the educational expenses of the kids of two CRPF jawans from Odisha who were killed in Pulwama.

The schools where the jawans studied would be named after them. Their grampanchayats to be declared model GPs.