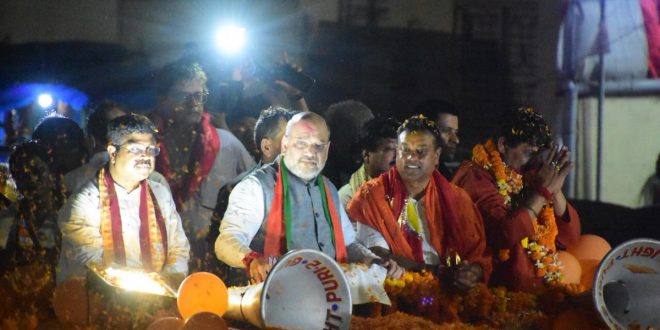 Thousands of BJP supporters joined in Shah’s roadshow, which began from Jagannath Temple and culminated at the Mausi Maa Temple.

Voting in Puri Lok Sabha constituency and seven assembly segments falling under it is scheduled in the third phase on April 23.