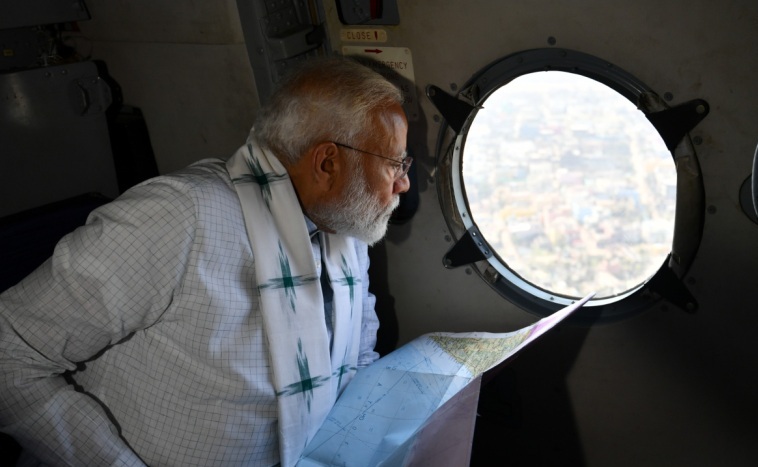 Modi reviewed the relief and restoration measures being undertaken in the cyclone affected areas in the state.

Earlier, he conducted an aerial survey to assess the loss and destruction caused by Cyclone Fani in Odisha.

After arriving here, Modi immediately proceeded towards his chopper to carry out the survey of the worst-hit Puri district and other affected areas.

At least 34 people were killed during Cyclone Fani, which hit the coastal Odisha on Friday last.