The Chief Minister, in a letter to the Prime Minister, requested to consider sanctioning 5 lakh  Pradhan Mantri Awas Yojana (G) special houses initially for the state.

He also requested for waiver of the Permanent Wait List (PWL) criterion for this particular allocation and also consider Centre-state sharing pattern of 90:10 as a special case.

Informing that the rainy season is fast approaching, he said that they are going ahead with issuing of work orders from June 1 in anticipation of approval of our proposal by government of India.

According to preliminary estimation, about 5 lakh houses have been completely or substantially damaged across 14 districts with the major loss occuring in Puri district.

The state government is undertaking a detailed house damage assessment which would be completed shortly. The actual loss would be ascertained only after the final assessment. 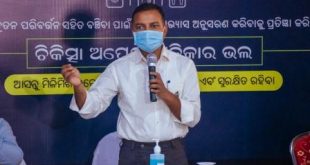