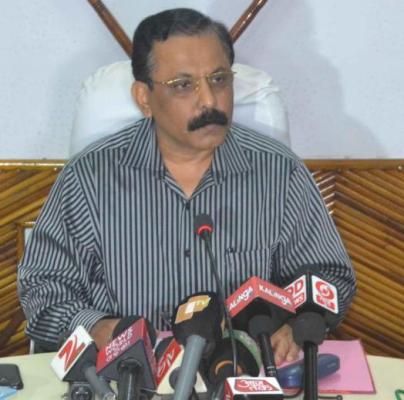 RP Sharma has already sought voluntary retirement from service to be the member of Odisha Lokayukta.

Bijay Kumar Sharma belongs to the 1986 batch of the Odisha Cadre of the Indian Police Service.

Sharma has a distinguished career in the Indian Police spanning over 33 years, during which he served the State Government and the Government of India with distinction.

He was Superintendent of Police of Sundargarh, Phulbani, Sambalpur and served two terms as S.P. Khurda (Bhubaneswar).

From 1999 to 2006, for seven years, Sharma served in the Central Bureau of Investigation on deputation.

During the period he served all the three wings of the CBI, namely, Economic Offences, Special Crime and anti-corruption. He also served in the crucial post of Deputy Director, Administration of the CBI before returning to Odisha cadre.

Sharma was Commissioner of Police, Bhubaneswar-Cuttack for four years from May 2008 to May 2012.

He played a pioneering role in building the entire organizational structure of the Commissionerate System, including creating the new regulatory structure and court systems.

He headed the Odisha Prison Department briefly before heading the Home Guards, Fire Services and Civil Defense Organization. During Cyclone Fani his leadership of the Fire Services was highly appreciated.

B.K.Sharma is a former Full-bright Scholar and an alumni of John Hopkins University, USA, where he specialized in Drug Enforcement.

He is passionate about wild-life conservation and has been awarded many prestigious prizes. He had headed the task force in 2004 to enquire into the mysterious vanishing of Tigers from Sariska Tiger Reserve in Rajasthan.

Bijay Kumar Sharma belongs to Baripada, Mayurbhanj where he did his schooling and college education.