Bhubaneswar: Continuing its excellent run as the most preferred mobile service provider, Reliance Jio added the highest number of mobile subscribers in Odisha in the month of July.

As per the telecom subscriber data released Wednesday by Telecom Regulatory Authority of India (TRAI) for July 2019, Reliance Jio added 3.53 lakh subscribers in this month taking its total subscriber base in Odisha above 1.05 crores.

The only other telecom operator to have added subscribers in the month was BSNL, adding 7504 subscribers in July 2019, while both Bharti Airtel and Vodafone Idea lost over 90,000 subscribers each in this month, reveals the TRAI subscriber data.

The total number of mobile subscribers in Odisha increased by 1.79 lakhs in July and reached 3.29 crores.

It is worth mentioning here that Reliance Jio has remained as the most preferred service provider adding highest number of subscribers every month in 2018-2019 and surpassed the milestone of 1 crore subscribers in Odisha in June 2019, within three years of commercial launch of its services.

Reliance Jio has been consistently adding highest number of subscribers in Odisha every month, fuelled by its all 4G network, fast expansion of 4G network coverage in the hitherto unconnected hinterlands and the hugely popular affordable JioPhone – India ka Smartphone among rural as well as semi-urban population.

According to the data published recently by TRAI in a consultation paper for reviewing deadline to end mobile call termination charges, JIO’s 4G network almost doubled from 3.81 lakh 4G base transceiver stations (BTS) in September 2017 to 7.46 lakh BTS in June 2019. In-fact the present 4G network of JIO is more than the combined 4G network of Bharti Airtel and Vodafone Idea.

Bharti Airtel’s 4G coverage is less than half of Reliance Jio’s, though it has rapidly expanded its 4G network in recent months, the data published by TRAI indicated. Airtel’s 4G network increased from 97,130 BTS in 2017 to over 3.26 lakh BTS presently.

According to TRAI data, 4G base stations now constitute around 60 per cent of the total network, which has grown from 5.91 lakh to 12.55 lakh within a span of two years while both 2G and 3G network size in the country has gone down during this period. 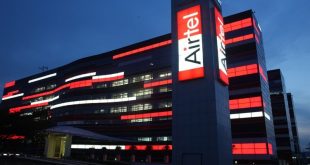