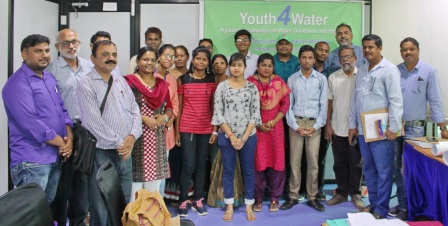 An inception meeting of the ‘Youth for Water’ campaign was organised here on Sunday under the leadership of Odisha’s Water Man Ranjan Panda in order to involve youth in chalking out strategies to address these critical issues.

People from across the state, mainly youths and their mentors from five districts, attended the meeting organised by Water Initiatives Odisha (WIO), a consortium of civil society organisations and concerned citizens, local youth-based NGO Patang and Unicef, Bhubaneswar office.

The meeting decided to reach out and mobilise at least a thousand young people initially from various colleges, universities and associations on water, sanitation, hygiene (including menstrual) (WASH), rivers, environment and climate change issues for bringing positive change in their behaviour and organising common action initiatives.

Addressing the meeting, Panda, convenor of the Water Initiatives Odisha, said, “Our objective is to build relationship between youth and water in ways that will help them understand the importance of water resources including rivers and other surface water bodies, groundwater and the entire ecology that will help them work towards conserving these resources so that they can ensure a water-secured future for themselves. We as mentors will assist them in achieving this goal.”

“In the coming 10 months, we will be focusing more on activities related to WASH. Today we have decided to identify and build capacities of select young people to be “Safe Water/WASH” ambassadors in their daily lives so that they can be the change-makers and mobilise their families, neighbourhoods and institutions in joining the efforts. We have also decided to engage these young people in online and offline activities for campaigning on water and related issues, Panda added further.

“We will be expanding the scope of this campaign and seeking the collaboration of other institutions to be able to reach out to all the youth of the state gradually,” he pointed out.

Within the next 10 months, specific activities will be organised in 10 colleges/localities spanning five districts – Bargarh, Mayurbhanj, Nuapada, Puri, and Sambalpur – and will spread to other districts gradually.

In the meeting, the volunteers chalked out plans to involve youth through various actions both in their institutions and communities. ‘Youth for Water Club’ will be started in such institutions/places to engage the local youth through innovative actions throughout the year.

It may be noted here that the idea of ‘Youth for Water’ campaign was conceived during the 3rd Odisha River Conference, organised by WIO and 35 partner organisations, at Baripada on 24th-25th March this year.

Youth representatives from across the state took part in the Youth Conclave as part of the conference and raised concerns regarding the increasing water crisis and the growing detachment of youth from important ecological elements like rivers and forests.

After much deliberation between the youth and experts led by Panda, it was decided to roll out the ‘Youth for Water’ campaign formally.

The meeting was facilitated by Bhumisuta Sahu of Patang and youth volunteers Budhuram Meher and Subodh Padhan provided necessary support to her.

Panda has appealed all sections of the society to join this unique initiative and help youths accomplish their goal of a water secured future. 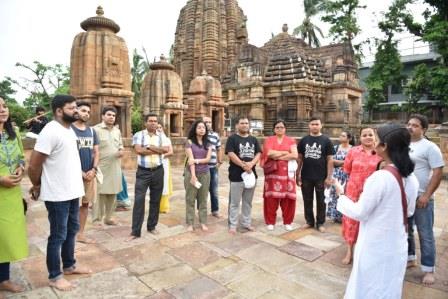