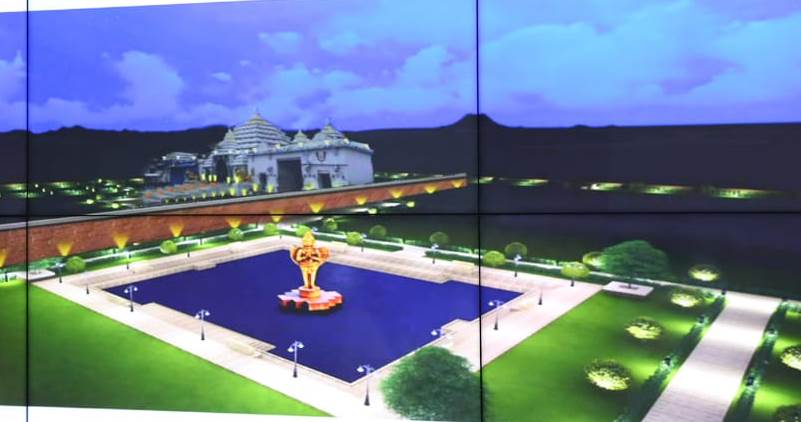 Bhubaneswar: Chief Minister Naveen Patnaik on Tuesday sanctioned Rs 8.5 crore for the development of the famous Baladevjew temple and the grand road in front of the temple in Kendrapara district.

The Chief Minister had a high-level meeting with Kendrapara district collector, local MP and MLAs, temple trust members and the servitors through video conferencing here on Tuesday.

Patnaik had earlier visited the temple on the day of Snana Purnima in July this year. The servitors of the temple and the people had caught the attention of the CM on different issues relating to the temple.

As per the decisions taken in the meeting, the Baladevjew temple and its premises will be decorated with attractive lighting system. Both sides of the grand road will also have a striking lighting system.

Other decisions include the development of a spiritual park in the town, renovation of the heritage tank, conservation of ancient monuments, development of drainage and strengthening of temple security.

The Chief Minister directed the officers to maintain the quality of the projects and complete those before the next car festival.

He also sought the cooperation of the people of Kendrapara for the success of the development projects.