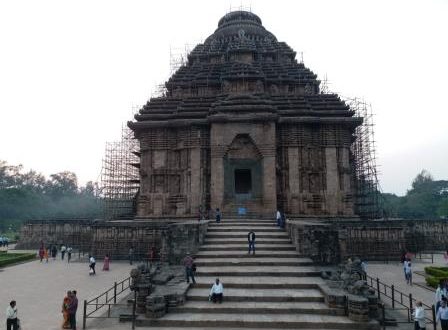 This is why Konark Sun Temple is so famous!


Konark Sun Temple, popularly known as Arkakshetra, is a 13th-century Sun temple located at Odisha’s Konark. It is an architectural marvel of Eastern India and a symbol of India’s heritage.

The temple, also known as Black Pagoda, is located about 35 kilometers northeast from Puri on the coastline of Odisha.

The temple is a monumental representation of the sun god Surya’s gigantic chariot with twelve pairs of exquisitely-ornamented wheels dragged by seven rearing horses.

According to Odisha Tourism, the main sanctum (229 ft. high) was constructed along with the audience hall (128 ft. high) having elaborate external projections. The main sanctum which enshrined the presiding deity has fallen off.

The Audience Hall survives in its entirely but of the other two viz the Dancing Hall (Nata Mandir) and the Dining Hall (Bhoga-Mandap), only small portions have survived the vagaries of time. The Temple compound measures 857 ft. by 540 ft.

The place popularly known as Konark Surya Mandir has been attracting thousands of visitors from different parts of the world.

Dedicated to the Hindu Sun God Surya, it is included in UNESCO’s World Heritage List in 1984.

The 13th-century monument at present is in a state of ruin. However, it continues to attract thousands of tourists for its architectural beauty that testify the boundless creativity of the Orissan artists and their contribution to the treasury of Indian art and building technique. The Konark temple images are fascinating.

The Archaeological Survey of India (ASI) has been entrusted for the conservation of the temple.

What Konark stand for?

The name Konark is derived from the name of the presiding deity Konark, which means the Arka (sun) of Kona (corner). The Kona or corner is presumably so being in relation to Trikona, in the corner direction of which the temple was erected.

Myths and folklore have it that the Konark Sun Temple was originally built on the mouth of a river named Chandrabhaga but in the course of time the river has dried up. The present shoreline is nearly about 3 km from the temple.

Narasimha Deva I, popularly known as Langula Narasimha, (AD 1238-1264), the great Ganga monarch whose kingdom was extended from the Ganga in the north to the Godavari in the south is credited to have constructed the colossal Konark Surya Mandir (Konark Sun temple).

Although there is no mention of it in records of Narasimha himself, a copper plate inscription (verse 86) of Narasimha II, dating to Saka year 1217 (1295 AD) records that “king Narasimha built at Kona-Kona, a place of great renown, a temple for the Sun to live in with the other gods” which is also repeated in the laudatory verses of succeeding Ganga rulers.

King Narasimha of the verse has been taken to be Narasimha I of the Ganga dynasty, who, according to chronology ruled in Orissa from 1238 AD to 1264 AD. In literature and tradition, Narasimha-I is referred to as Langula Narasimha.

In the Madala Panji, it is recorded that Langula Narasimha Deva laid the foundation of the temple in the thirdanka. It is also mentioned that he appointed Shivai Samantara Mahapatra as superintendent for building the temple.

The image of Surya was installed on Sunday, the seventh day of Magha Sukla Paksha (Magha Shukla Saptami), 1258 AD.

It is believed that 1200 artisans completed the grand monument after 12 long years and the consecration of the temple was held on Sunday which falls on Magha Shukla Saptami. The name of the chief architect was Bishu Maharana.

According to Puranas, Samba, son of Sri Krishna and Jambavati was overly proud of his handsome appearance and once ridiculed the divine sage Narada. Narada who even ordinarily was known as a mischief-maker, took recourse to an unsaintly scheme to avenge himself. By a cunning device he led Samba to the secret bathing place of his stepmothers who were struck with his personal charm and wanted to enjoy his company. Slipping quietly, Narada led Krishna to this spot. Incensed at his son’s apparent lack of propriety, Krishna cursed him to be smitten with leprosy which would obviously affect his beauty.

Panic-stricken Samba pleaded his innocence, but as the curse could not be withdrawn, he was advised to practice penance in the Maitreyavana/ Mitravana, near the Chandrabhaga river for 12 years to propitiate Surya (Sun God), the healer of all skin diseases to cure him of his disease.

Samba acted upon the advice. After 12 years of severe penance, Samba succeeded in pleasing the Sun God and was cured of his illness. In gratitude, he decided then and there to erect a temple in honour of God.

The next morning, while Samba was taking bath in the Chandrabhaga, he discovered an image of Surya standing on a lotus pedestal holding two lotuses in both hands.

He carried the image to his Ashrama (hermitage in the Mitravana) and installed it in a temple built by him.

According to the Bhavishya Purana, as the local Brahmins did not agree to worship the image, Samba brought eighteen Maga/ Magha families (the sun worshippers) from Shakadvipa (Iran) who not only performed the rituals but also popularized the cult of sun worship in this part of the country.

Magha Saptami and Samba Dashami are the two most important festivals of Konark Sun temple. Magha Saptami falls on the 7th day of the bright half of the Hindu month of Magha. The day is also known as Ratha Saptami, which is marked as the birthday of Lord Surya.

Thousands of pilgrims gather to take a holy dip in the Chandrabhaga River every year. However, the river has been reduced to a shallow pond. Besides, a fair is organized on this occasion known as the Chandrabhaga Mela.

Samba Dashami is celebrated on the 10th day of the waxing phase of the moon in Pausha month, as per the traditional Odia calendar.

Besides, the state government is organising Konark Dance Festival every year on December 1-5.

In the 18th century, the chlorite pillar, called Aruna Stambha was shifted to Puri by the Marathas who planted it in front of the Jagannath temple.

The place is well connected by good all-weather motorable roads from capital city Bhubaneswar and Puri, the district headquarters. The road distance is about 70 km from Bhubaneswar and 35 km from Puri on marine drive.

The nearest railway stations are Bhubaneswar and Puri. Several trains are connecting to Puri from across the country. The nearest airport is Biju Patnaik International Airport in Bhubaneswar.

The magnificent Sun Temple at Konark is the culmination of Odisha temple architecture, and one of the most stunning monuments of religious architecture in the world.

The article has been prepared with inputs from Orissa Review (Antiquity of Arkakshetra Konark by Dr. Benudhar Patra) 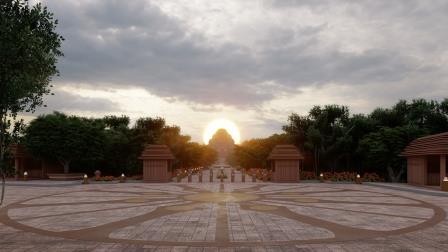 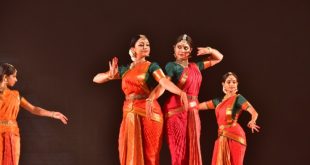