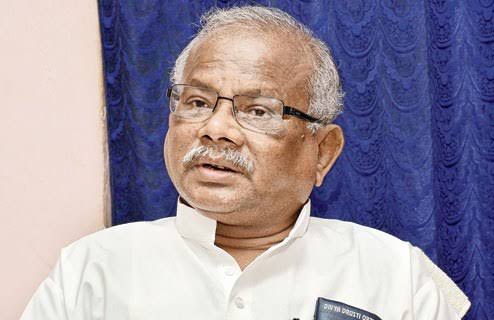 Bhubaneswar: Former minister and senior Biju Janata Dal (BJD) leader Bishnu Das passed away at a private hospital here on Monday. He was 66.

He was undergoing treatment at the hospital for past few days.

He is also the sitting MLA from Tirtol Assembly constituency in Jagatsinghpur district.

Bishnu Das was a six time MLA. He was elected as Rajya Sabha Member in 2016.

Das resigned from Rajya Sabha on March 2017 after being appointed as deputy chairman of Odisha State Planning Board.

Several political leaders including Chief Minister Naveen Patnaik expressed their condolence over the death of Das.