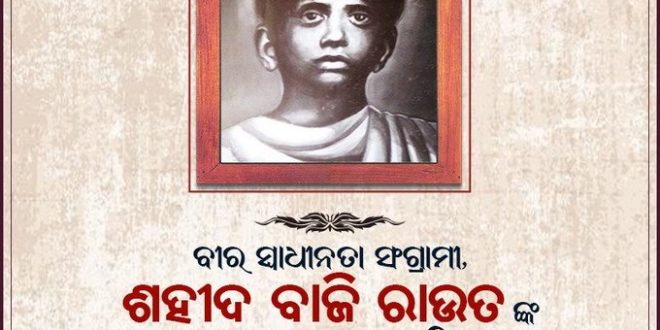 Baji Rout is the youngest Indian martyr, having been killed at the age of twelve.

The Chief Minister said he will always be remembered for his sacrifice and bravery.

Rout, who was a boat boy, was shot by British police when he refused to ferry them across the Brahmani River on the night of 11 October 1938 at Nila kanthapur Ghat, Bhuban, Dhenkanal district.