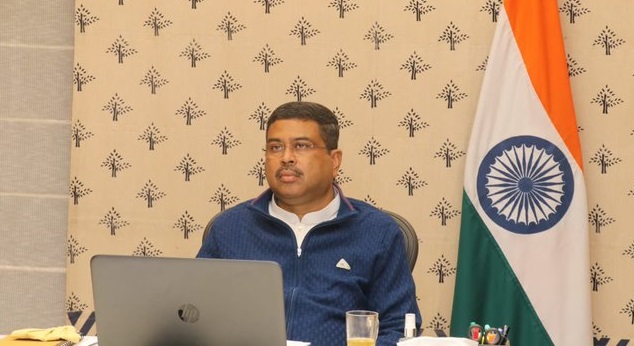 The Minister addressed a webinar on “CA: The Catalyst—learning, unlearning and relearning” at VSM series organized by Rourkela, Sambalpur and Jharsuguda branch of ICAI.

Pradhan said that with rich mineral resources, demographic dividend and market, Odisha is uniquely poised to leverage the upcoming opportunities in the global markets.

He said that the country is coming out of the Covid-19 crisis and slowly entering into the post-crisis period.

“In the last three months, we can see all major economic indicators showing major signs of recovery. Whether it is power consumption, oil and gas consumption, GST collection, all are presenting picture of sharp recovery,” he said.

Talking about the development vision of eastern region, he said that Prime Minister Narendra Modi has given unprecedented priority to the development of eastern India and Odisha in uniquely poised to benefit from the Mission Purvodaya.

“Odisha provides major share of coal, iron ore and other commodities to the nation. We must work to integrate even more with the global supply chain,” he further added.

Underlining Odisha’s strengths, the Minister said, “Odisha is rich in agriculture. Odisha also holds immense possibilities in tourism. Education is inherent strength of the people of Odisha. There are many institutions in Odisha which are of national repute. Technology is creating new opportunities and Odisha being uniquely placed, one can work anywhere in the world by staying in Odisha.”