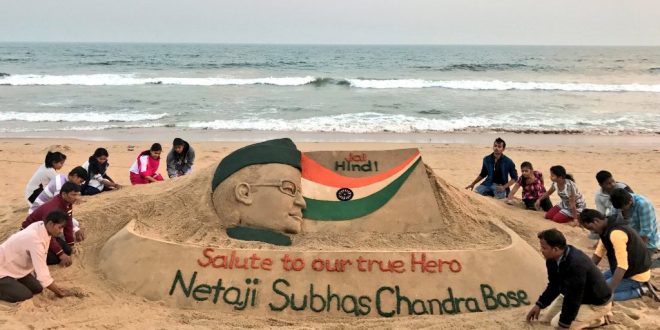 Netaji’s birthday to be celebrated as ‘Parakram Diwas’


New Delhi: The Ministry of Culture on Tuesday announced that the government has decided to celebrate the birthday of Netaji Subhas Chandra Bose that falls on January 23 as ‘Parakram Diwas’ every year.

To honour and remember Netaji’s indomitable spirit and selfless service to the nation, the government has decided to dedicate his birthday every year as “Parakram Diwas”, the ministry said.

“The people of India fondly remember Netaji Subhas Chandra Bose’s unparalleled contribution to this great nation in his 125th birth anniversary. The Government of India has decided to celebrate the 125th birth anniversary year of Netaji beginning from January 2021 in befitting manner at national and international level,” it said.