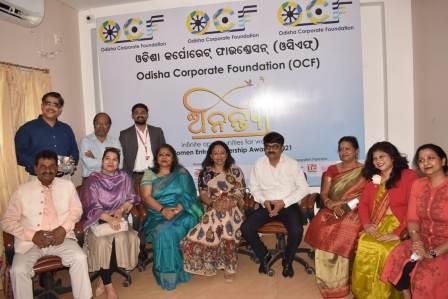 “The OCF Women Entrepreneurship Awards 2021 will be held on April 24 in Bhubaneswar. A jury, comprising professionals and entrepreneurs of global eminence, has been constituted to select the most inspiring women entrepreneurs of Odisha origin,” said Behera.

OCF is working on leveraging the collective leadership to create a culture of entrepreneurship and re-establish Odisha as a global enterprise hub. OCF is building a community-based global network in the web and plans to launch it in 2022.

“This will create 360-degree connectivity for entrepreneurs from 30 districts of Odisha, 28 states and nine union territories in India with the global fraternity and vice versa in a global to local and local to global format,” informed OCF secretary Guru Prasad Choudhury. “We have more than 3000 members of Odisha origin belonging to the corporate world, academia, government, agripreneurs, entrepreneurs and industry professionals connected to each other globally,” he noted.