One candidate has reportedly been booked for taking photograph of the question paper.

The mobile phone of the student has been seized. It has been sent to the Board, informed district education officer Sachidananda Behera.

The BSE will examine whether the question paper is leaked or not, he added.

However, Board of Secondary Education (BSE) chairman Ramashish Hazra refuted the allegations that OTET question paper is leaked.

Around 1,25,880 candidates appeared the Odisha Teacher Eligibility Test (OTET) 2021 conducted by the BSE at 491 exam centres across the state on Friday.

The candidates will attend two papers of the OTET viz- Paper-I And Paper-II in two shifts. The first shift was held between 8 am to 10.30 am while the second sitting will begin from 12 pm and conclude at 2.30 pm.

In 2019, the BSE cancelled the Odisha Teacher Eligibility Test (OTET) over alleged leak of question paper that went viral on social media.

BSE ordered a probe after its question paper leaked on social media. 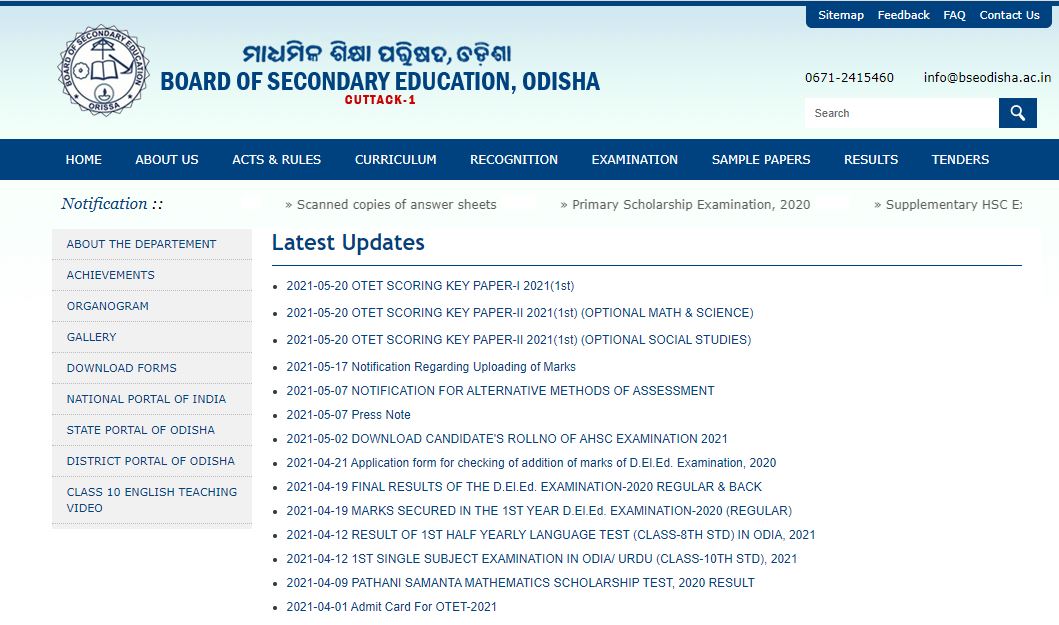