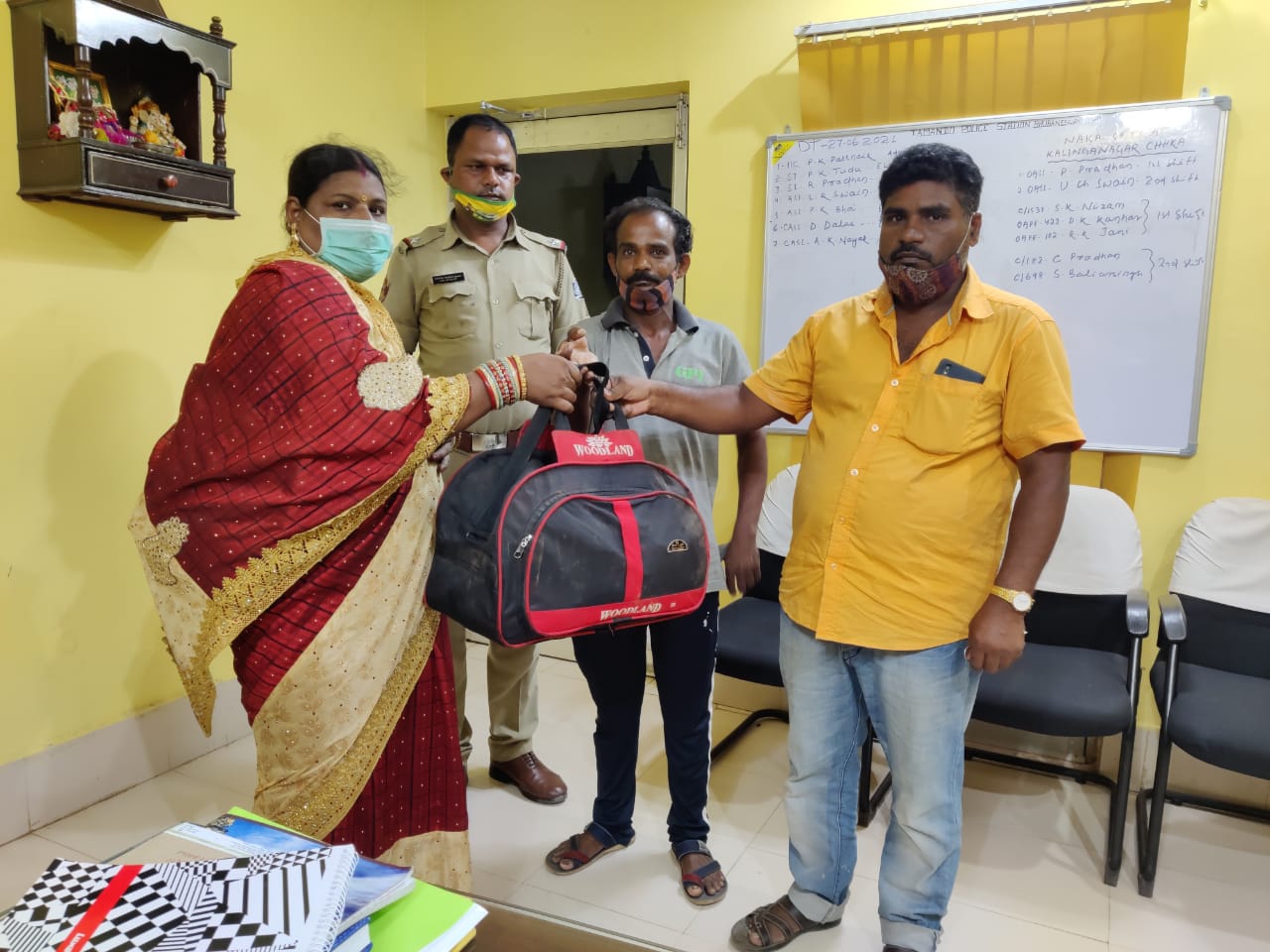 
Bhubaneswar: An auto driver in Bhubaneswar earned praise after he returned a bag containing gold ornaments worth more than Rs 2 lakh and some cash to a couple.

The couple identified as Jisu Bihari and Gitanjali Bihari were on their way to Bhimtangi on a motorcycle when the bag fell on the road. They realised about the incident near Khandagiri Square.

The auto driver identified as Ajay Kumar Nayak found the bag near Kalinga Vihar Sqaure. He handed over it to Tamando police station. Police later returned the bag to the couple in presence of Nayak.