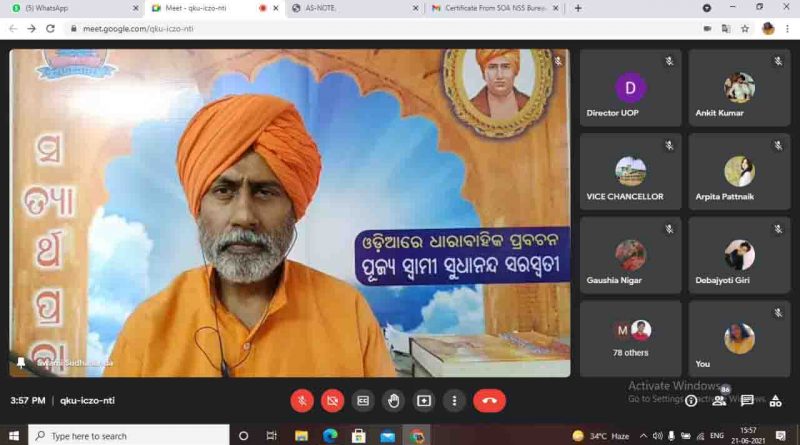 Bhubaneswar: Yoga may not be having much following in the Odisha capital, as reported in a recent study, but much emphasis is laid on its practice at Siksha ‘O’ Anusandhan (SOA) to boost human resources.

The Deemed to be University recently organised a webinar to mark International Yoga Day which was addressed by Dr. H. R. Nagendra, Chancellor, S-VYASA, who spoke about the impact of yoga in strengthening humans physically, mentally, and spiritually.

Maintaining the equilibrium between the three faculties is the other name of yoga, he said.

“God has given us immunity to fight disease but when the equilibrium is lost, we fall victim to illness,” he said.

Swami Sudhananda Maharaj was the other guest speaker on the occasion.

SOA Vice-chancellor Prof. Ashok Kumar Mahapatra cited examples from the Bhagavad Gita and Mahabharat to explain the importance of yoga.

Prof. Nachieketa K. Sharma, NSS Coordinator and Director, University Outreach Program, presented a report on the fortnight-long Yoga Camp organised by SOA and the various on-line programs conducted by the University during the pandemic.

The program organised on social media platforms was attended by Deans of different institutions, NSS Program Officers, faculties, officials and students while being at home.