Bhubaneswar: The Commissionerate Police has seized 550 grams of brown sugar and Rs 34.80 lakh following a raid at a house in Kesura area under Saheed Nagar Police limits.

Police Commissioner S.K. Priyadarshi on Wednesday said two drug peddlers including a woman have been arrested in this connection.

Besides, one Alto car and a motorcycle have also been seized.

Over 5 kilograms of brown sugar have been seized in the Twin Cities of Cuttack and Bhubaneswar in the last four months, said Priyadarshi.

The Commissioner said that the person arrested along with the woman has links in Jaleswar, which is a transit point for drugs smuggled into State from West Bengal.

Sources said brown sugar is mostly procured from Murshidabad, Malda and other areas in West Bengal and transported to Odisha through Balasore. 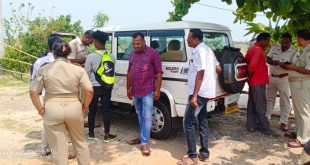