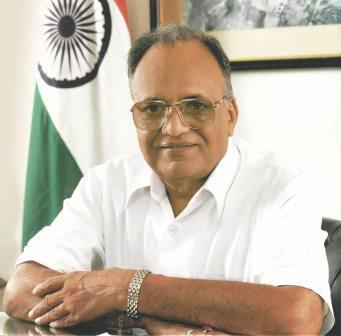 
Shri O P Jindal – Bauji to his countless admirers – was a man ahead of his times. Driven by his love for the Motherland, he worked to make India self-reliant and better the lot of the underprivileged.

He didn’t let lack of formal education come in his way, as he went on to establish a corporate empire with nation-building as its motto. Indeed, many of his initiatives while building the industrial group would be fit case studies in B Schools today. When he entered public life, he only wanted to create a better future for the underprivileged and downtrodden.

Born in a farmer’s family on August 7, 1930, at Nalwa in Haryana’s Hisar, Shri Jindal was fascinated with machines since childhood. He was a matriculate, but given his original thinking, passion to bring about a change, and above all, make India self-reliant, Bauji came to be known as a Man who talked to Machines.

He may have been born in Haryana, but the whole of India was his karmabhoomi. Shri Jindal set up a steel pipes, bends and sockets factory at Lilua near Kolkata in 1952. He returned to Hisar, and in 1960, set up an iron and steel factory. This was the precursor to the O P Jindal group — a proud temple of Modern India.

He was an engineering genius and his insights were legendary. He established a pipes mill, based on Swadeshi technology. In 1970, he set up Jindal Strips Limited. He focused on R&D from the very beginning.

Raigarh in Chhattisgarh later became his base, from where he planned the Group’s expansion. JSPL’s coal-based sponge iron plant, the largest of its kind in the world, is something that gives one an idea about Bauji’s commitment to nation building. It was in the 1990s that he thought of CGP DRI based steel making. JSPL’s Angul unit, first of its kind in the world, made this a reality. This is indeed a testimony to Bauji’s vision.

As an industry leader and entrepreneur, Bauji was always concerned about the communities around plants. Today, CSR may have acquired newer connotations, but for Bauji, a commitment to communities – their welfare, including schools, hospitals and other facilities for them – was the bedrock of his corporate philosophy.

Many modern-day management principles and case studies can be learnt from Shri O P Jindal’s life, as an industry leader, and a leader in every other walk of life.

Bauji, for instance, never kept his office door shut, and had an open-door policy. He didn’t believe in having a secretary who would act as a wall between him and the people. He was always accessible and available to all.

Such was his love for his people that at a public event, he once refused to take food when he learnt that no arrangements had been made for the drivers.

Bauji entered public life and served the nation, the people and the state of Haryana with distinction. He became an MLA in 1991, and MP in 1996. He rose to become Haryana Power Minister in 2005.

Whether as an industry leader or a public representative or a philanthropist, Bauji ensured that the poor, the needy, Dalits, backwards and the downtrodden benefited from economic and political activities, and opportunities were created for their inclusion in the mainstream.

Where others saw walls, he saw doors. Bauji spent a life in service of the nation and the people. His philosophy continues to drive the Group.