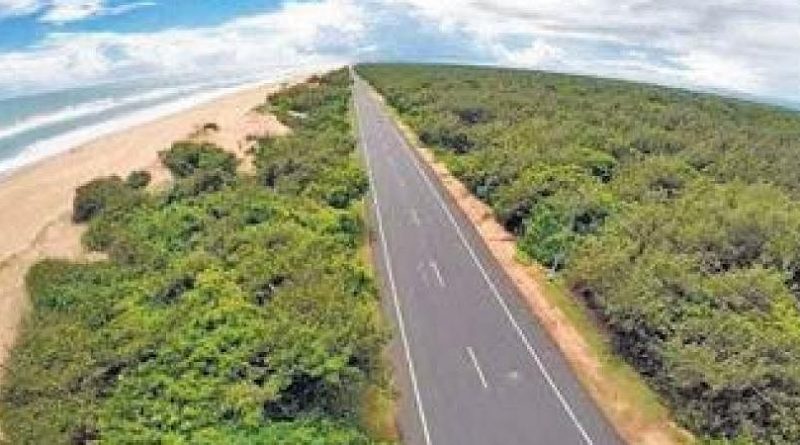 Bhubaneswar: After more than six years, the alignment for the much-awaited Coastal Highway has been finalized.

The Works department has informed NHAI about its consent for the above alignment of the project Saturday.

The alignment has been proposed mostly as green field avoiding forests, Balukhand wildlife sanctuary, Bhitarkanika national park, avoiding the turtle nesting grounds, so as to minimise the environmental impact of it, sources said.

Earlier, it was proposed that the Coastal Highway would start from Gopalpur then to Satapada across Chilika lake. Now it will start from Tangi on NH-16, this will avoid the eco-sensitive area of Chilika lake too. The alignment of the 430 km long highway in Odisha was modified to 382 km.

The State government has asked the NHAI to include NH from Brahmagiri to Satapada in the project. Further, adequate cross drainage structures should be provided that will allow passage or runoff, Works additional secretary Hemanta Kumar Dutta wrote to Chief General Manager (Technical) of NHAI Ram Prasad Panda.

Dutta also urged Panda to consult with the Water Resources department of the state government during the design phase of the Coastal Highway project.

Implementation of the highway is considered one of the top priority infrastructure projects of the state keeping in view its socio-economic impact and connectivity to the nearby ports, he said.

The NHAI officials have been directed to expedite the process for early implementation of the project.

In April 2015, Union Road Transport Minister Nitin Gadkari had announced the coastal highway project during one of his visits to Odisha. After that the project was delayed due to a political slugfest between the BJD and the BJP.

Later, the Ministry of Environment, Forest and Climate Change refused to accord approval to the alignment of the highway. Originally, it was between Gopalpur and Digha. Now, the coastal highway will start from Tangi in Khurda district to Digha.

A total of 150 structures will be constructed for the project. Those would include 20 major bridges, 69 minor bridges, four rail over bridges, five vehicle underpasses and two flyovers, sources said.