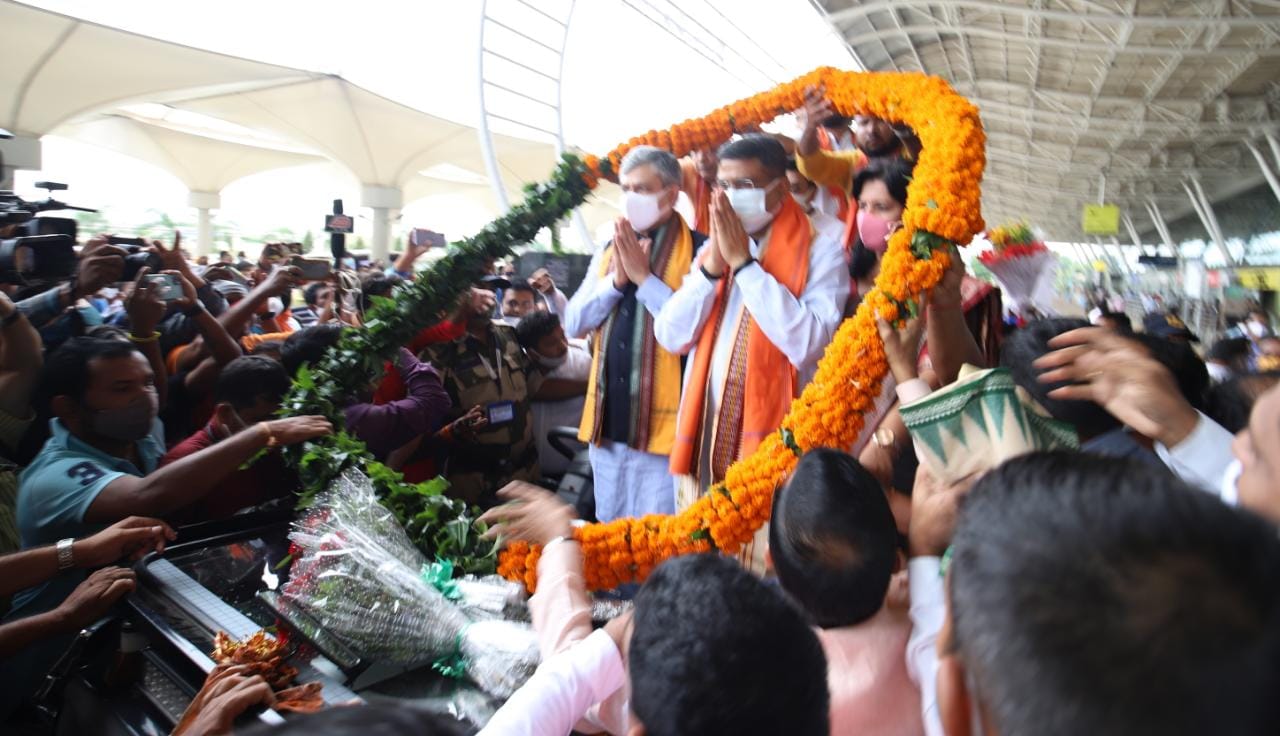 The Ministers received a grand welcome from the party workers at Biju Patnaik International Airport in Bhubaneswar.

The BJP will hold ‘Jan Aashirwad Yatra’ in Odisha from August 19 to 22.

As part of the programme, Union Ministers Dharmendra Pradhan and Ashwini Vaishnaw will visit Puri and pay obeisance to Lord Jagannath.

They will also visit Satyabadi Bana Bidyalaya.The famous educational institution was established by renowned social worker and freedom fighter Utkalmani Gopabandhu Das in 1909. The state government has announced to set up the Odia University at Satyabadi.

During the Jan Aashirwad Yatra, Pradhan will hold various programmes in Bhubaneswar, Cuttack and Khordha districts.

Similarly, Ashwini Vaishnav will travel to Rayagada district in Hirakhand Express on August 19. He will visit Koraput the next day and stay over there.

The Minister is scheduled to visit Jeypore and Nabarangpur on August 21 and reach Bhawanipatna on August 22.

The Railway Minister will reach Bhubaneswar from Bolangir by train on August 22 evening.