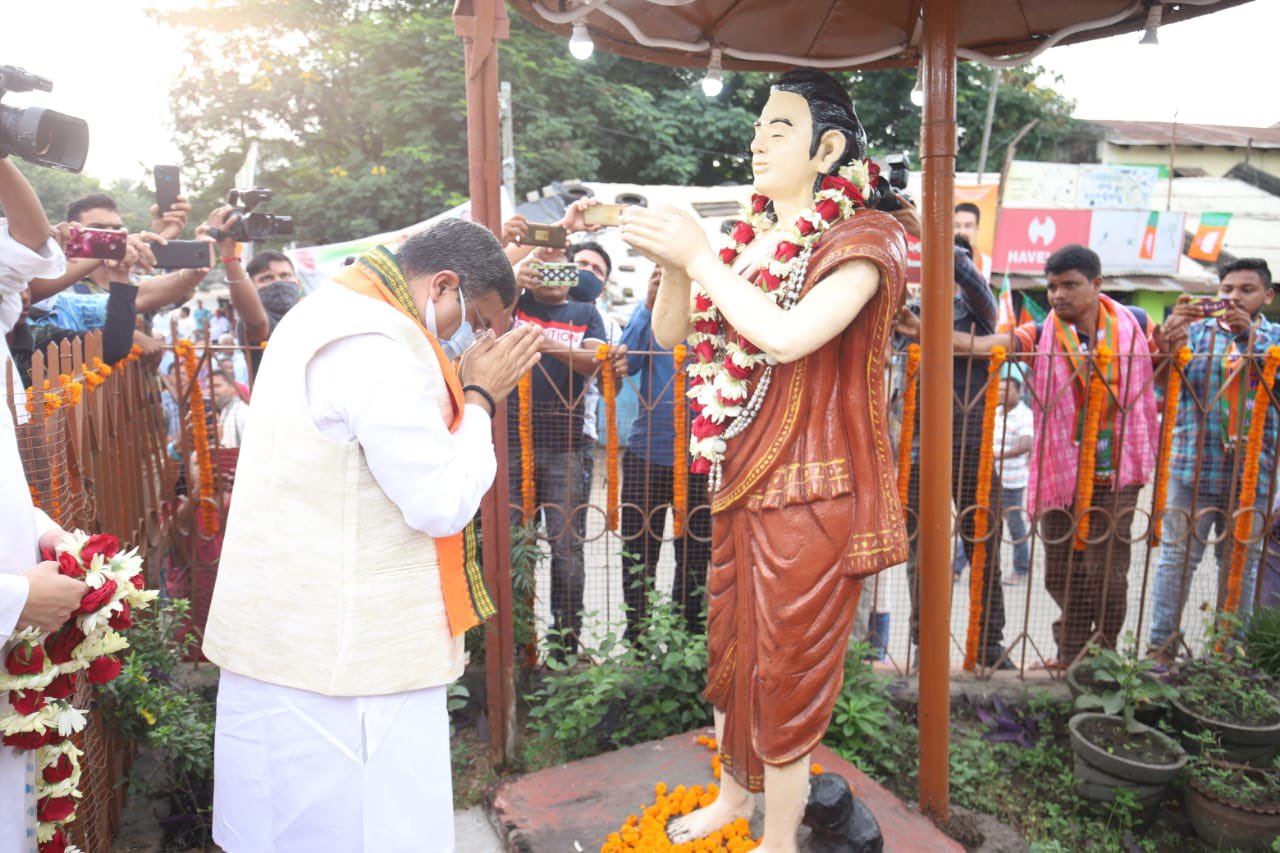 Bhima Bhoi Research Chairs to be set up in universities: Dharmendra


Bhubaneswar: Union Education Minister Dharmendra Pradhan on Saturday informed that Bhima Bhoi Research Chairs would be set up at various universities across the country.

The Minister visited the birthplace of great philosopher of Mahima Dharma, Santha Kabi Bhima Bhoi to pay tribute to his statue at Rairakhole.

Pradhan said the Ministry will make efforts for research on the life history of the legendary poet at the international level.

He suggested that UGC conduct extensive research on the philosophy of Mahima Dharma and include it as a part of syllabus in under graduate curriculum.

“Today the whole world needs to adopt the philosophy of Santha kabi Bhima Bhoi. Inclusion of his idea and philosophy in course curriculum will be real tribute to the great philosopher,” he added.