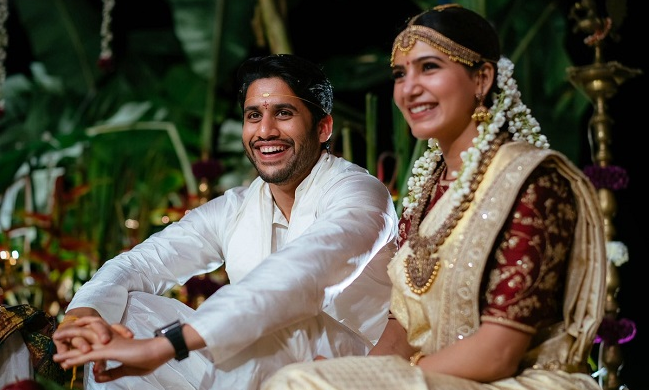 
Hyderabad: Actress Samantha and her husband Naga Chaitanyahave announced that they are parting ways. The duo had got married in 2017.

Naga Chaitanyahave officially made this announcement on Twitter today.

Taking to Twitter, Naga Chaitanya said: “After much deliberation and thought Sam and I have decided to part ways as husband and wife to pursue our own paths. We are fortunate to have a friendship of over a decade that was the very core of our relationship which we believe will always hold a special bond between us. We request our fans, well-wishers and the media to support us during this difficult time and give us the privacy we need to move on. Thanking you for your support.”

Rumours of Samantha and Chaitanya’s separation had began after she chose to change her name on her social media handles from Samantha Akkineni to the alphabet ‘S’.

On the work front, Samantha will be seen in Shaakuntalam and Vignesh Shivan’s Kaathuvaakula Rendu Kaadhal, which also stars Nayanthara and Vijay Sethupathi. Naga Chaitanya, on the other hand, is currently enjoying the success of Love Story.