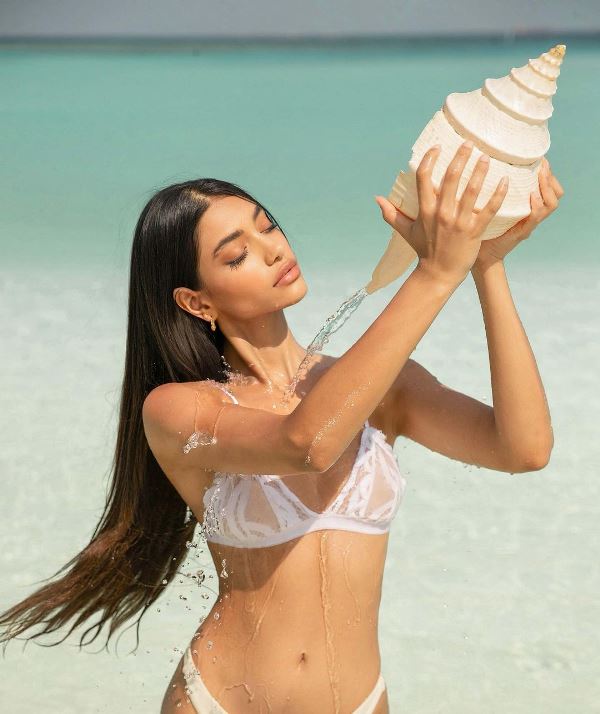 
Mumbai: Ananya Panday’s cousin sister and model Alanna Panday has once again set internet of fire after she posted her hot and sexy bikini photos in her Instagram profile. Alanna is not only a model but also a model, YouTuber and a huge internet sensation based in Los Angeles.

Alanna’s recent post has made netizens and her fans go crazy. The post has gone viral and her fans can’t seem to get enough of her. In the post, the model is seen wearing a white lacy bikini standing by the Arabian Sea and holding a larger shell through which the water is dripping on her face and body.

“Don’t ask why I’m dramatically pouring water on myself, from a giant shell, in the middle of the Arabian Sea @ivor made me do it,” she wrote in the caption.  Ivor McCray is her boyfriend and live-in partner.

Alanna is known for often sharing hot and sultry pictures on her social media.