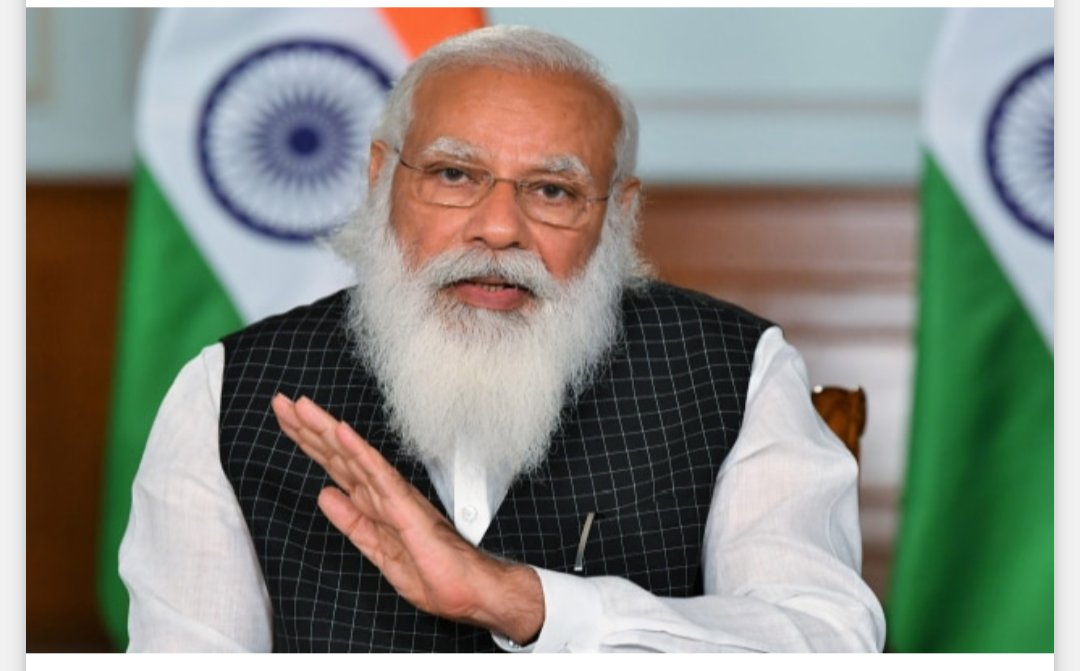 
New Delhi: Prime Minister Narendra Modi on Thursday chaired a high-level meeting to review the preparedness of states and Central Ministries and concerned agencies to deal with the situation arising out of the likely formation of Cyclone Jawad.

Prime Minister directed officials to take every possible measure to ensure that people are safely evacuated and to ensure maintenance of all essential services such as Power, Telecommunications, health, drinking water etc. and that they are restored immediately in the event of any disruption.

He further directed them to ensure adequate storage of essential medicines & supplies and to plan for unhindered movement. He also directed for 24*7 functioning of control rooms.

India Meteorological Department (IMD) informed that low pressure region in the Bay of Bengal is expected to intensify into Cyclone Jawad and is expected to reach coast of North Andhra Pradesh – Odisha around morning of Saturday 4th December 2021, with the wind speed ranging upto 100 kmph.

It is likely to cause heavy rainfall in the coastal districts of Andhra Pradesh, Odisha & West Bengal. IMD has been issuing regular bulletins with the latest forecast to all the concerned States.

Cabinet Secretary has reviewed the situation and preparedness with Chief Secretaries of all the Coastal States and Central Ministries/ Agencies concerned.

Ministry of Home Affairs is reviewing the situation 24*7 and is in touch with the State Governments/ UTs and the Central Agencies concerned. MHA has already released the first instalment of SDRF in advance to all States.

NDRF has pre-positioned 29 teams which are equipped with boats, tree-cutters, telecom equipments etc. in the states and has kept 33 teams on standby.

Indian Coast Guard and the Navy have deployed ships and helicopters for relief, search and rescue operations. Air Force and Engineer task force units of Army, with boats and rescue equipment, are on standby for deployment.  Surveillance aircraft and helicopters are carrying out serial surveillance along the coast. Disaster Relief teams and Medical Teams are standby at locations along the eastern coast.

Ministry of Power has activated emergency response systems and is keeping in readiness transformers, DG sets and equipments etc. for immediate restoration of electricity. Ministry of Communications is keeping all the telecom towers and exchanges under constant watch and is fully geared to restore telecom network.

Ministry of Health & Family Welfare has issued an advisory to the States/ UTs, likely to be affected, for health sector preparedness and response to COVID in affected areas.

Ministry of Port, Shipping and Waterways has taken measures to secure all shipping vessels and has deployed emergency vessels. The states have also been asked to alert the industrial establishments such as Chemical & Petrochemical units near the coast.

NDRF is assisting the State agencies in their preparedness for evacuating people from the vulnerable locations and is also continuously holding community awareness campaigns on how to deal with the cyclonic situation.