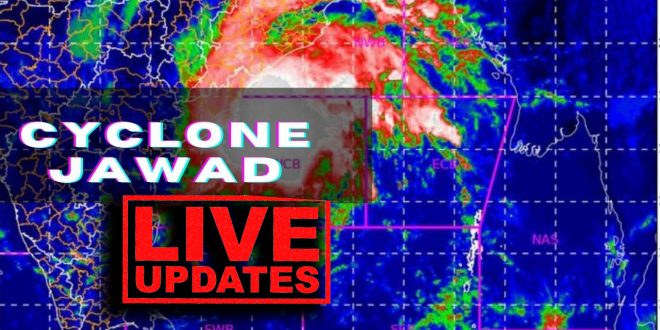 
Bhubaneswar: In view of the possible cyclonic storm ‘Jawad’ which is likely to make landfall in Puri district between Saturday evening and Sunday morning, the Bhubaneswar Municipal Corporation (BMC) is fully prepared to tackle any kind of eventuality and all set for smooth management of rescue, relief and restoration operation.

Asking all the officers to stay alert and prepared, Sanjay Kumar Singh, Commissioner, BMC took a meeting with officials and field staff from all 67 wards in Bhubaneswar and instructed them to identify potentially hazardous and low-lying settlements in their wards and evacuate citizens to nearby schools, cyclone shelters or safer places. Special focus was given on rescue of homeless and beggars who are spending nights shivering under the open sky.

Besides, BMC Commissioner Sri Singh further directed all officials to ensure sufficient stock of dry food like rice, chuda (flattened rice), guda (sugar molasses), candles are in readiness and cooked meals at all cyclone shelters. He said all essential workers should be provided with necessary resources to carry on the work efficiently.

Acting as per the direction, Mahendra Kumar Badhai, Zonal Deputy Commissioner (South-East Zone), Rabi Narayan Jethy, Zonal Deputy Commissioner (South-West Zone) an Purandar Nanda (North Zone) along with field staff visited different schools and cyclone shelters in their respective zones to take stock of preparedness in view of the cyclone to meet any emergency like evacuation of people.

There are 29 cyclone shelters in South-East Zone while South-West and North Zones have 21 and 22 each. These shelters include schools, colleges and community centres under the jurisdiction of the Civic Body. Necessary information has been issued to the concerned officers of District Education Office and District Welfare Office to remain alert.

The BMC Engineering Division has identified 36 vulnerable low-lying areas across the city like Garage Chhak, Sarada Matha Lane, Sriram Nagar, Ratna Villa, Rabindra Garden and Paikanagar and is ready with water pumps to avoid waterlogging during this period.

The Engineering wing is on alert at vulnerable water logging areas with required supporting staff, manpower machineries like JCBs, tractors and power cutters and adequate number of Gen sets at different Vaccination Centres, Hospitals and crematorium. Pump sets are ready to support dewatering. Besides, sanitation wing of BMC is also ready with the service providers to provide emergency cleaning and de-silting.

PDS distribution has already been made for the month of November and December. WATCO Division – I and II have been informed keep adequate tankers ready for uninterrupted water supply.

To avoid any untoward incident, the Commissioner has ordered to bring down high mast lights installed at various locations in urban areas and remove advertisement boards like billboards and hoardings for safety of citizens.

The BMC control room will function 24×7 to receive calls and pass on information. One base phone (0674- 2431253) and one toll free (1800 345 0061) will be receiving calls. The Commissioner has ordered to integrate control room of Fire Office with 1929. During emergency, citizens can make call to these numbers.

Leave of all officials have been cancelled and asked them to be prepared and stay alert from December 3 to 6 to meet any eventuality.

Meanwhile, the Civic Body has conducted a special drive to rescue and rehabilitation beggars, homeless and destitute persons roaming on streets, over bridges, temples, footpaths across the city to ensure their safety in view of the impending cyclone and winter season. 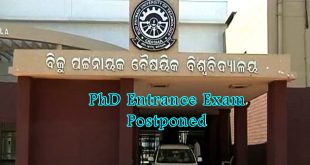