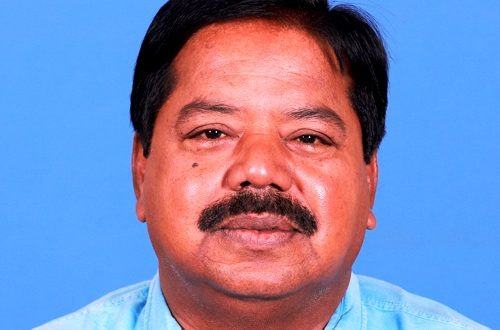 
Bhubaneswar: BJD legislator from Brajarajnagar and former Odisha Assembly Speaker, Kishore Kumar Mohanty passed away on Thursday evening. He was 63.

Sources said that Mohanty died after suffering a heart stroke at his office.

He was immediately rushed to the a private hospital. However, doctors declared received dead.

Mohanty was first elected to the Odisha Assembly from Jharsuguda on Janta party ticket in 1995. Later he was elected twice from the same constituency on BJD ticket in 2000 and 2004. He was again elected from Brajarajnagar on a BJD ticket in 2019.

Mohanty was also the Speaker of the Assembly between August 2008 and May 2009. He was also a member of the Rajya Sabha.

He was also the government chief whip from 2004 to 2007. Mohanty was also the chairman of Western Odisha Development Council.