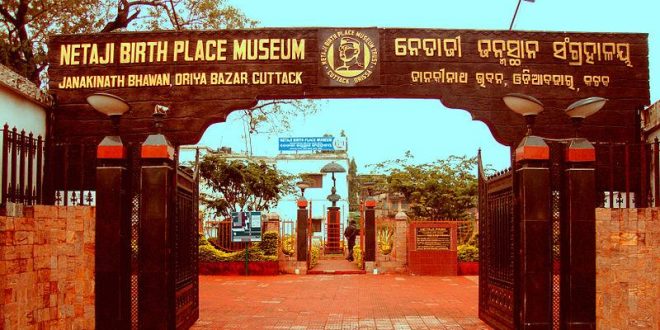 
Cuttack, Jan 23: On the occasion of Netaji Subhas Chandra Bose’s 125th birth anniversary, special programmes were organised at Netaji’s birthplace museum in Cuttack with strict adherence to the Covid-19 protocols.

Janakinath Bhawan, where Netaji was born January 23, 1897, received a steady flow of visitors despite COVID-19 restrictions. His ancestral home, the Janakinath Bhawan at Odia Bazar in Cuttack has been converted into a museum and is now called as the Netaji birthplace museum. He spent the first 16 years of his life in Cuttack.

President Ram Nath Kovind tweeted, “India gratefully pays homage to Netaji Subhas Chandra Bose on his 125th birth anniversary. The daring steps that he took to fulfill his fierce commitment to the idea of a free India — Azad Hind — make him a national icon. His ideals and sacrifice will forever inspire every Indian.”

Taking to Twitter, Prime Minister wrote, “I bow to Netaji Subhas Chandra Bose on his Jayanti. Every Indian is proud of his monumental contribution to our nation”.

“I appeal to appeal to the Central Government that Netaji Subhash Chandra Bose’s birthday is declared a National Holiday to allow the entire Nation to pay homage to the National Leader and celebrate #DeshNayakDibas in the most befitting manner,” CM Banerjee said in a tweet.