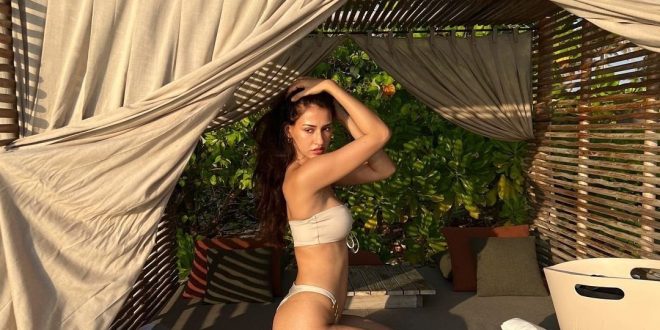 Disha Patani’s love for sun and sand is unmatched; pic says it all


Actress Disha Patani is quite active on social media platforms. She always remains in discussion for her hot and bold pictures, which she shares on Instagram.

Disha Patani is known for her fitness more than acting in films. She is very active on social media and shares more than one photo of herself.

She has shared her new photo in Bikini, in which fans have gone crazy seeing her toned body. She has shared some photos on her Instagram account in recently, setting internet on fire.

On Thursday, she has shared a picture in bikini, in which she is looking very bold. Fans say that her pose is killer.
As soon as she shared the picture on her social media handles, it went viral. Her fans could not stop themselves from commenting and liking the post.
Let us let you that, Disha is one of the most followed Bollywood actresses. She has over seven million fans on Twitter.

Worth mentioning, Disha will be seen in the film ‘Yodha’ opposite to Sidharth Malhotra. She has worked in films like ‘MM Dhoni’ biopic, ‘Baaghi 2’ and ‘Malang’.