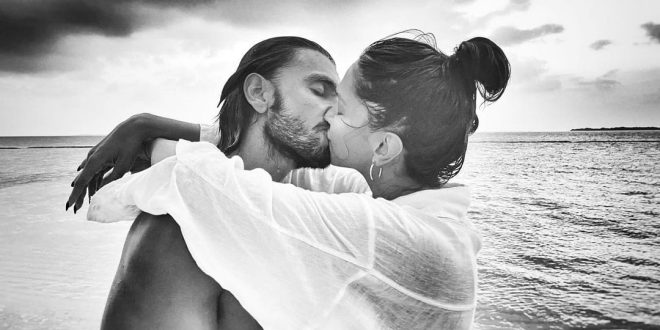 
Deepika Padukone’s recent movie ‘Gehraiyaan’ has attracted the attention of the audience as well as critics. Deepika performed intimate scenes in this film for the first time after marriage.

An attempt was made to troll Deepika on social media for giving bold scenes with Siddhant Chaturvedi. At the same time, many people also questioned that ‘Did Deepika take permission from Ranveer Singh?.

Meanwhile, the actress has answered this question in her own style. Her actor husband Ranveer Singh also told that he liked his wife Deepika and his work in the film Ghareiyaan.

Taking to Instagram, the actor shared a photo, in which he can be seen kissing Deepika.

“Doobey…haan doobey… Ek dooje mein yahaan… Tour de force Transcendent, superlative and sublime! What an absolute masterclass of a performance, baby! Such fine, nuanced and heartfelt artistry! … at your consummate and peerless best in this one!You make me so proud!,” he said in caption.