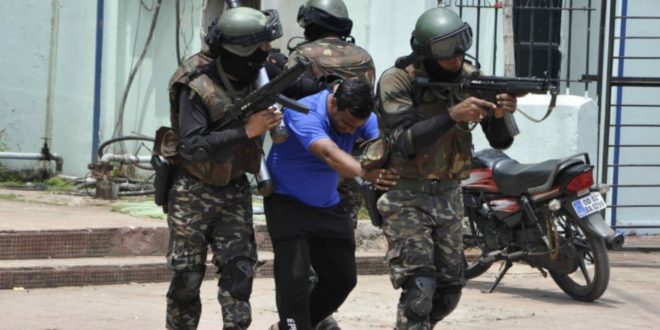 
On Thursday, DCP Cuttack along with his team conducted a mock drill at 8 AM in Barabati Stadium in Cuttack. The agenda was discussed in the RDC meeting yesterday and conducted in lines to successfully hosting the T-20 International between India Vs South Africa for the safety of spectators in case of any exigency.