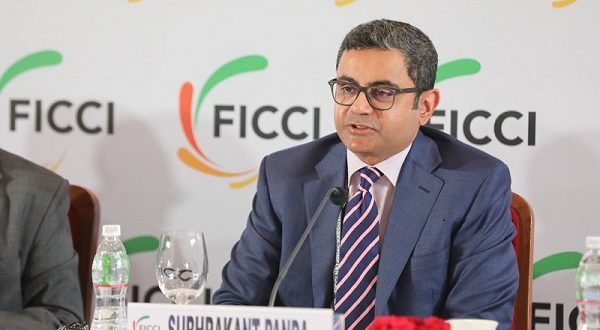 
The Federation of Indian Chambers of Commerce and Industry (FICCI) today announced Subhrakant Panda as its President-Elect.

Panda is currently the Senior Vice President of FICCI. He shall succeed Sanjiv Mehta as President of the apex chamber at the conclusion of the 95th Annual General Meeting to be held on December 16th-17th, 2022.

Mr Panda is Managing Director of Indian Metals & Ferro Alloys Ltd (IMFA) which is the country’s leading, fully integrated producer of ferro alloys with captive mining and power generation employing 6500 people. He has handled various responsibilities in IMFA, and implemented expansion plans after he was appointed Managing Director which led to significant growth in revenue & profitability.

Commenting on the announcement, FICCI President-elect Panda said, “I consider it a privilege to helm this great institution at a crucial time. Even as the India growth story gathers momentum, there is work to be done pushing the reforms agenda further besides engaging with stakeholders on important issues such as decarbonisation and sustainability. I will work to strengthen FICCI and take these forward.”

He is the first industrialist from Odisha to take up a leadership role in FICCI. India is seen to have emerged as a bright spot at a time when the global economy is facing turbulence; with his deep understanding of the economic and industry issues, Mr Panda is determined to further strengthen FICCI’s position as the leading industry chamber which will contribute to the India growth story through its engagement with various stakeholders.

He has been active in FICCI for two decades, and was the first Chairman of the FICCI Odisha State Council besides heading the FICCI National Manufacturing Committee. Mr Panda is also Past President of the International Chamber of Commerce (India Chapter) and the Paris-based International Chromium Development Association (ICDA).

He is a keen reader and his interests include technology.