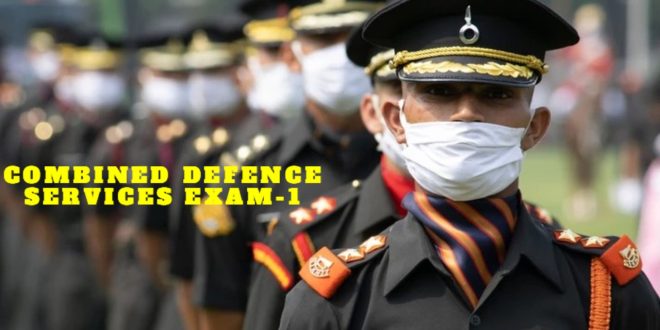 As many as 164 candidates have qualified on the basis of the results of the Combined Defence Services Examination (I), 2022 conducted by the Union Public Service Commission in April, 2022 and SSB interviews held by the Services Selection Board of the Ministry of Defence for admission to the 154th (DE) Course of Indian Military Academy, Dehradun; Indian Naval Academy, Ezhimala, Kerala and Air Force Academy, Hyderabad (Pre-Flying) Training Course.

The number of vacancies, as intimated by the Government is 100 for Indian Military Academy. The Commission had recommended 2612, 933 and 616 as qualified in the written test for admission to the Indian Military Academy, Indian Naval Academy and Air Force Academy, respectively. The number of candidates finally qualified is those after SSB test conducted by Army Head Quarters.

The results of medical examination have not been taken into account in preparing these lists.