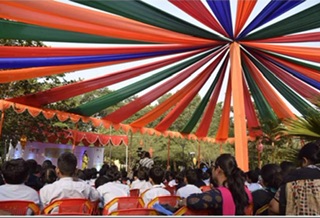 BhuFeSto 2023 aims to be iconic Storytelling Festival in India


BhuFeSto, the Bhubaneswar Festival of Storytelling, the biggest international storytelling festival in India is back. It will be held from 14 to 17 January 2023 on the sidelines of the Hockey World Cup.

It is once again being curated by Bakul Foundation as a part of Dot FEST, the City Festival being organized by BDA, BMC and Odisha Tourism.

This was announced at a Curtain Raiser to BhuFeSto organized at the Bakul Library in Satyanagar today. BhuFeSto 2023 will be held from 2.30PM to 7.30PM everyday at four different parks and open spaces in different parts of the city: Buddha Jayanti Park in Chandrasekharpur, Indira Gandhi Park in Unit 2, A P J Abdul Kalam Park near SUM Hospital and Kalabhoomi in Pokhariput.

The idea is that people in the city could go to the nearest park to enjoy the performances. The storytellers would perform in different parks on different days.

When BhuFeSto was proposed by Bakul Foundation before the last Hockey World Cup, the aspiration was to make it the iconic Storytelling festival in India just as the Jaipur Literature Festival is iconic among literature festivals.

The first edition in December 2018 was a grand success with more than 10,000 people enjoying the performances of some of the best storytellers in the world and in India.

This time, it promises to be even bigger. As Sujit Mahapatra, the founder of Bakul Foundation and the Festival Director of BhuFeSto said, “When we organized BhuFeSto in 2018, we had been organizing storytelling sessions in Odisha but we were new to the international storytelling circuit. After BhuFeSto, particularly during Covid, when Bakul Foundation conducted the very popular virtual storytelling webseries, Storytime @ 9 and Rabibaar Gapabaar, we were connected with the very best storytellers from around the world and India. We are very happy to announce that almost all the storytellers in our First List of the ones we most wanted to have, confirmed and are going to be performing at BhuFeSto this time.

Nupur Agarwal, an internationally acclaimed storyteller, and the Festival Curator, narrated a wonderful story in the Curtain Raiser for the audience to get a glimpse of what the Festival had in store. Prachi Tara, who acquired renown as a storyteller post the first edition of BhuFeSto also regaled the audience with a story in Odia. Clips of storytelling by the famous storytellers coming for BhuFeSto was also shown.

Bakul Foundation also started a massive outreach programme to tell people about the festival and to give them a flavour of what is in store. Nupur Agarwal told stories earlier today at Tapoban Ashram School, Khandagiri, Centurion University and the Thakkar Bapa Hostel of Capital High School. She will be telling stories and telling about BhuFeSto at different city schools over the next 2 days as well.

Outreach sessions will happen in colleges, apartments and slums in addition to the schools, to tell people that though storytelling targets children, its something that everyone enjoys, and should come to attend.