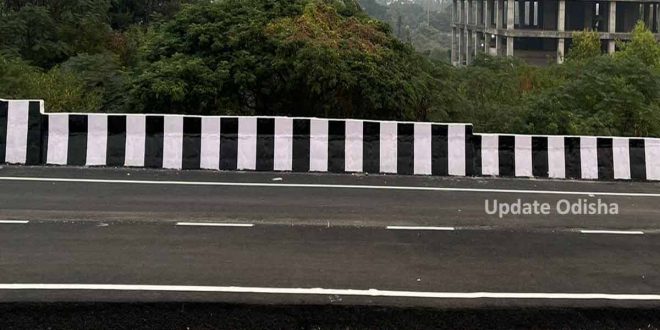 Bhubaneswar: Road over bridge at Vani Vihar to be dismantled

He directed concerned officials of Rail Vikash Nigam Limited (RVNL) to commence the work in the first week of February next year immediately after the Hockey World Cup is over.

To avoid traffic congestion during matches of Hockey World Cup, it is very pertinent to postpone dismantle of the old two-lane RoB and construction of a new three-lane RoB in that place, he said.

Earlier, it was decided to construct a three-lane RoB dismantling the old one to pave way for construction of third rail line of Khurda-Barang section of East Coast Railway. A new two-lane RoB is built adjacent to old one and has been commissioned since 15th of this month.

There was a necessity to dismantle the old two-lane RoB as the third line rail link was on its alignment. Out of 32 km long Khurda- Barang line, a total of 26 km track has been made and construction of remaining 6 Km rail line between Bhubnaeswar- Mancheswar will take place after demolition of old RoB, Chief Project Manager of RVNL Pradeep Kumar Mohanty said.

This is regarded as super critical project and total cost for third rail line is 581 crore. The three-lane RoB will be commissioned in a year, he asserted.

It is worthy to note that traffic diversion will be made on new two-lane RoB during construction of second one. Vehicular movement will resume on three-lane RoB after its construction and adjacent two-lane RoB will be used as service road in neighbourhood areas of Rasulgarh.

Mahapatra instructed the ECoR officials to consult with BDA before any construction activities.