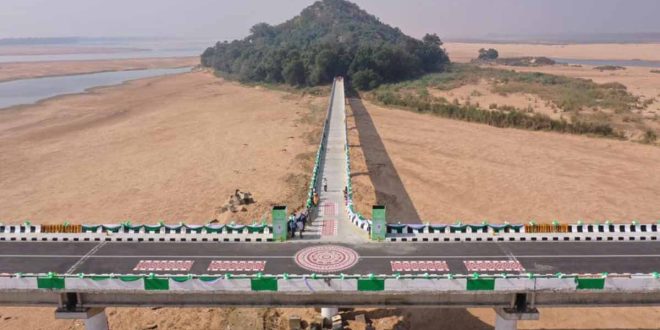 
Cuttack: One person was feared dead and over dozen others sustained grievous injuries in a stampede on Badamba-Gopinathpur T-Bridge connecting Singhanath temple on the occasion of Makar Mela in Cuttack district, today.

However, the district administration has not confirmed the deaths.

Police have launched a rescue operation.

On the occasion of Makar Sankranti, there was a huge rush on the bridge located in the middle of the Mahandi river.

Athagarh Sub-Collector Hemanta Kumar Swain said that around two lakh people had congregated to visit a funfair organised on Makar Sankranti Day as well as to pay their obeisance to the Lord Singhanath.

Describing it as an unfortunate incident, Badamba tehsildar said an inquiry will be initiated to find out the reason behind the stampede.

People at the spot raised questions on police and district administration’s preparedness.

They alleged that the administration overlooked the situation as only 3 platoons police force were deployed for a crowd of 2 lakh.

Makar Sankranti is a unique festival that happens in January each year. It is the day that marks the time when the sun moves into Makara or towards the North direction which is also known as Uttarayana.