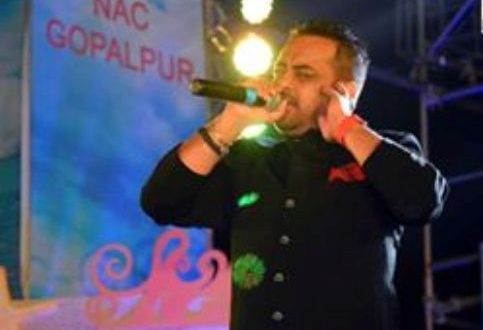 The ‘maula’ man, well known for singing “sufi” songs, stole the show at the beach festival.

Apart from the performance of Krishna Beura, folk song and dance performances by artists from Ganjam and Cuttack district made the evening more memorable.

Keshav Swain, who has walked into the Guinness Book of World Records with his amazing coconut breaking feat, broke an unbelievable 92 coconuts in a minute as the large audience gave him a big applause on Sunday.

Odissi and Sambalpuri dance performances presented in the evening enthralled the large crowd.

“The Gopalpur Belabhumi Mahotsav, which started in 1996 with an aim to showcase the art and culture of Ganjam district in front of the nation, is now a huge success,” gushed Higher Education Minister Pradeep Panigrahi, who presided over the concluding ceremony.

Earlier, Bollywood playback singer Sona Mohapatra had performed in the beach festival. She performed for the first time after Rangabati controversy.